This 2019 case study features the headmaster and fellow colleagues at Boroughmuir High School in Edinburgh, which had just been named Scottish state secondary school of the year. 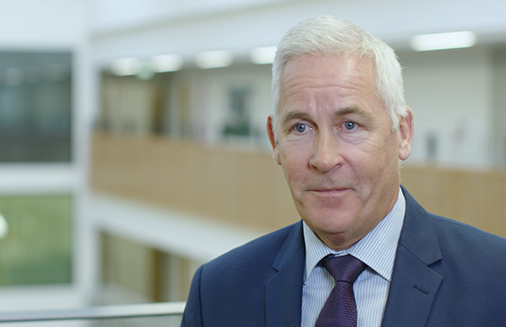 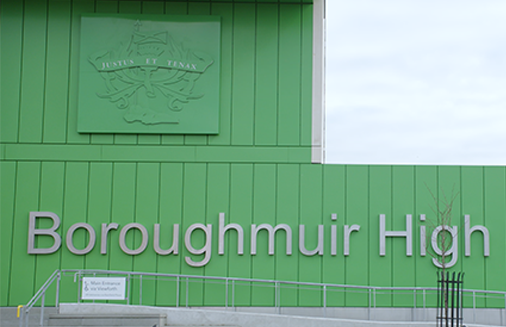 In early 2019, we visited Boroughmuir High School to speak to headmaster David Dempster, and follow colleagues, and also film some of their parents' evening, to hear about the significant impact Parents Booking had been having over the recent years. This was before the Covid-19 pandemic, and as such this school and few others had not taken up video meetings (but other case studies cover the video module in more detail).

“The efficiency of [running parents' evenings] has increased dramatically”

David Dempster, headmaster at Boroughmuir High School, was one of the first in Edinburgh to employ Parents Booking. Amongst his recent challenges were moving from an old school site to the brand new campus we filmed at, and which the students and staff had only been at for around six months when we visited. For many parents, this parents' evening was also their first visit to the new school.

“The parents are able to organise appointments in a way that suits them. On the night, things are more calm, more organised.”

David talked passionately about the improvements in process, parental engagement, communication and satisfaction that were borne out of moving to Parents Booking.

Later, before the parents' evening began, we also spoke to Clive Hembury, a member of the senior management team. Clive was keen to impress upon us the benefits parents had spoken to him about, in particular that they could pick appointment times that suited them.

“I would highly recommend Parents Booking to any school in Scotland and abroad.”

Finally, as the parents' evening was taking place around us, we spoke to parents. One parent was Karen Richmond, who coincidentally was a tecaher at a local primary school that feeds into Boroughmuir High School (called South Morningside Primary School). Having seen the benefits from a parent's perspectve, she was excited because her primary school were intending to start using Parents Booking as well, and she knew her next parents' evening would be organised electronically.

"It was so much easier to book online and get the appointments I wanted."
Karen Richmond, Parent